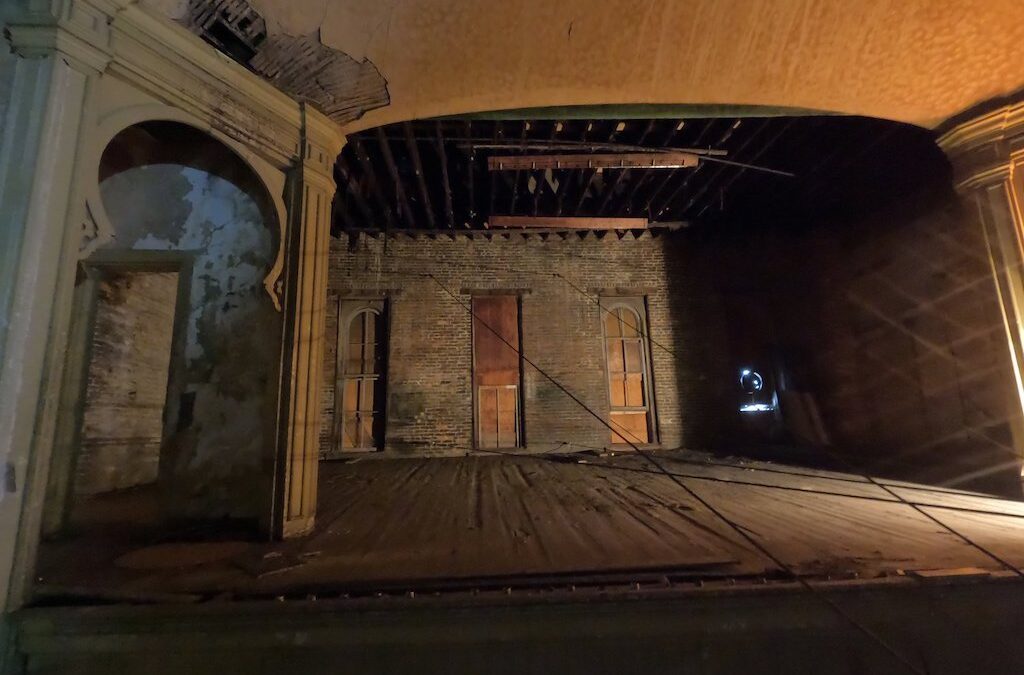 Tammy Pierchoski and her husband operate STAAR Theatre, a community theatrical group. After several successful shows and the expansion of their performance group numbers, they realized they had outgrown the space they were currently using. As they discussed the need for a new space, a friend advised them of a property he had just purchased in downtown Pulaski. It was an old clothing store in a generously sized building which he thought would be perfect for their theatre organization.

Tammy and her husband went to take a look at the space, excited about the prospect of finding a potential new home for their theatre group. As they toured the building, she wondered what was above the store as it was evident from the outside that there was an additional second floor. She also noticed an exterior staircase however, she saw no interior stairwell leading to the second level. When she questioned her friend, he had no idea what space existed above since he had not ventured up there yet.

He advised the only way to gain access to the second floor was to go outside and use the exterior metal stairs on the side of the building. Unable to contain their curiosity, the group decided to go outside and take a look at the second floor. They climbed the metal stairs, opened the door at the top of the stairs, and found themselves stepping into the past. They entered what was once the dressing room area of Antoinette Hall without ever knowing at that time, it was the building’s past purpose.

At the end of the hallway they had just entered, they saw a set of massive wooden doors. As excitement began to build, they swung the impressive doors open. What lay beyond, was the dilapidated yet still beautiful Antoinette Hall. In that split second, a mission with a vision was born, one in which the long forgotten beauty of Antoinette Hall was restored to its former glory.

When an opera house built in 1868 has lain in disrepair for a century and a half, restoration is no easy task. Tammy advised the architectural project is estimated at 12 – 15 million dollars in order to restore Antoinette Hall to its historic beauty and regain its function as a performing arts center. Yet, Tess and the Couture By Tess team along with Tammy and her non-profit organization believe this is one project worth every penny. We asked Tammy several questions about the value Antoinette Hall could hold for Pulaski and the surrounding communities once completed.

Watch the video below to hear everything Tammy had to say about this project so near and dear to her heart, the beautiful Antoinette Hall.