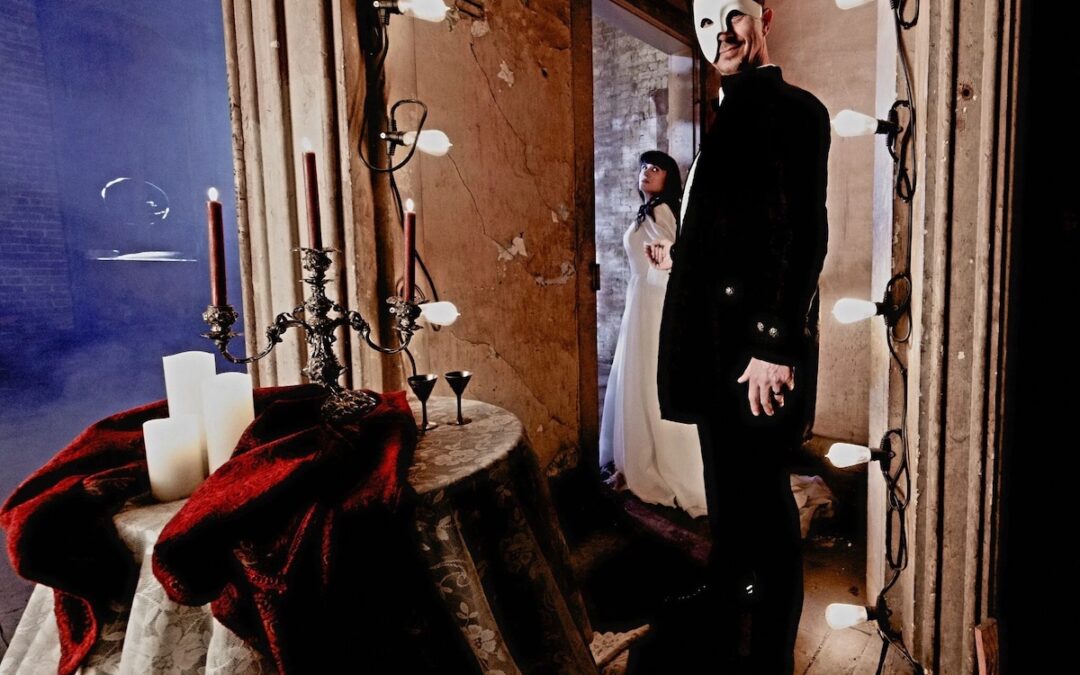 It is “spooky season” and nobody can resist a good ghost story this time of year, especially one that recently caught the attention of a group of fashionistas. STAAR Theatre at Antoinette Hall is situated in a town square on the margins of Nashville in Pulaski, Tennessee, USA. Antoinette Hall is the oldest surviving opera house in Tennessee and one of the oldest in the United States…and also one of the most haunted. The theatre has hosted many fine traveling entertainers, local productions and other events over the years. After a massive fire destroyed most of the town of Pulaski in the 1800s, a local man named Mr. Angenol Cox announced that he would be constructing a grand hall on the east side of the square replacing a large portion of the burned area. Named after Mr. Cox’s wife, Antoinette Hall opened on Christmas of 1868.

Reports from the current opera house executive director, Tammy Pierchoski, show that groups and individuals have experienced cold spots, disembodied voices, shadow figures, equipment interaction, EVP’s, footsteps, batteries being drained, people have been made physically sick to the point of vomiting, people have been scratched, black mist seen, a piano playing on its own, smells of flowers, the feeling of your energy being drained, feelings of being watched and being touched by unseen hands.

When fashion designer, Tess Mann, with Tess Mann Haute Couture and Couture by Tess caught wind of these ghostly stories, she immediately wanted to plan a hauntingly romantic photo shoot to bring awareness to Antoinette Hall’s current restoration project. The two-story Second Empire building is owned by Southern Tennessee Area Arts Repertory (STAAR), a 501c3 nonprofit. The Antoinette Hall Preservation Society, a STAAR companion organization, has launched a major fundraising effort, which supports an extensive stabilization and restoration project. The ultimate goal is to have the STAAR Theatre serve as a regional multicultural arts center.

During the planning process of this photo shoot production, Ukraine was devastated by the invasion of their beloved country. The styling team felt the right thing to do was show support for their country and use several beautiful Ukrainian wedding dress designs in the photoshoot.

The architectural project to restore Antoinette Hall  is estimated at $12-15 million dollars in order to preserve its historic beauty and regain its function as a performing arts center. Fashion designer and bridal gown store owner, Tess Mann, has committed to donate $100 from every purchase of her Couture By Tess trademark label, and 5% of her boutique’s sales from selected bridal gowns sold such as Randy Fenoli Bridal and Robert Bullock Bride. This donation period begins January 1, 2023 and will run through December 31, 2024.

One thing’s for certain, the spirits that haunt Antoinette Hall like their home. Would be a pity to have a bunch of homeless ghosts running around Pulaski, Tennessee, haunting the community. The philanthropic efforts of this creative team never ends.